Melaleuca and its position on Animal testing 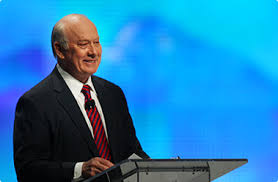 I called Melaleuca and asked for a date on when the last testing was done. I’m hoping this letter I received written by Frank Vandersloot The CEO will suffice.

” I am writing in response to your questions regarding Melaleuca’s position on animal testing. Let me begin by telling you how much we appreciate having you as a Melaleuca customer and by reassuring you that Melaleuca has never tested its personal care or home care products on animals, nor will we ever do so!

” Melaleuca is absolutely against cruelty to animals! We have never allowed nor will we ever tolerate the cruel treatment of any animal in the forwarding of our business. I grew up on a farm and throughout my childhood I had several animal friends whom I affection for and who I feel returned that loyalty and affection, including several dogs, cats, cows, a horse, and a baby pet hawk that I raised after it had fallen from its nest. I nurtured that hawk until it was old enough to turn loose. Animals have played an important role in my life, and today my wife and I (and our kids) own two dogs, a cat, and several cows and horses.

” I have a confession to make: While I will usually carry a spider outside and turn it loose rather than smash it, as I write this letter, I am wearing a leather belt and leather shoes, and yesterday I had a hamburger for lunch and fish for dinner.

I am not a vegetarian, nor do I put animals on the same plane as humans.

If I had to make a choice between animals and people, in my book, people come first.

” Our first run-in with PETA occurred in 1993. That year we were preparing to bring out a new dog shampoo. In its annual questionnaire, PETA asked us once again to commit to not test any of our products on animals. We told them that we would not, except, of course, we planned to test our new dog shampoo on dogs; i.e. wash a few dogs to make sure it performed properly. PETA insisted that any testing was prohibited–even shampooing dogs!

We argued at length that we were not hurting the dog, only shampooing it. They argued back that rules were rules and if we could not fill out their form with an absolute statement that “we will never test any product on animals,” then we would not qualify to be on their cruelty free list.

We found that absurd!

And we were eventually removed from their list in 1997.

” Since then, PETA has found us in violation of their policies in two other instances 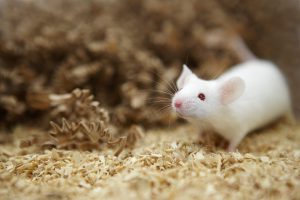 One instance occurred when a company called Natural World was advertising that its cleaning products were safe for children to play with and even drink. Melaleuca had concerns that at least one of these products appeared to be potentially harmful, and that children may be harmed by drinking it.

” Melaleuca commissioned a laboratory to test the safety of one of Natural World’s products on ten rats.

The rats died a horrible death.

The test proved that the “safe for children” product was deadly poison. Natural World was forced to cease its “safe for children” claim. In retaliation, Natural World turned over the results of the tests to PETA. Our position is that we potentiall saved several children from serious injury, and perhaps even death. PETA’s position is that a rat’s life is as valuable as a child’s life, and that no child is worth sacrificing an animal. That sounds preposterous to me, but it is the absolute position of PETA.

” The University researching the merits of this product has now done several human tests to prove Provex CV’s effects on platelet activity and LDL cholesterol oxidation in the blood. The Ethics Committee at this University, along with most other universities, will not allow human tests to be done on a product until the product has been proven safe and effective on animals. Prior to performing human studies to prove Provex CV’s effectiveness, Melaleuca commissioned that the product be tested on dogs first. All of these tests proved very successful, and the testing that was required to be performed on dogs stopped.

” The result is that we now are able to test on humans and we feel that mankind has been greatly helped with a product that will prolong human life and ultimately vastly lower the risk of heart disease. PETA’s position is much different than ours. Again, their position is “Absolutely no testing on animals!” and,

“No human life is worth risking an animal’s life.”

” Let me refer back to my leather belt and the hamburger I may have had yesterday for lunch.

” The animals from which my belt and the hamburger came are no longer living. I do not feel any guilt at all for using their products as long as they were killed humanely and did not suffer. In our opinion, whoever would put human life and animal life on the same level, or state that a rat is equal to a child, are just plain overdoing it.

” In our quest to save life, we refuse to tell PETA that we will never again test our cardiovascular products on animals. Therefore, believe it or not, PETA has denied Melaleuca’s request is that it be listed as cruelty free. Melaleuca has never tested its hair care, skin care, cosmetic or home cleaning products on animals. To do so would be unnecessary and senseless. We would never knowingly allow any animal to suffer. Melaleuca is definitely cruelty free, even though we do not appear on PETA’s list.

” This has been a rather long answer to a pretty short question as to our stand on animal testing.

I hope you will find our answer satisfactory and that we will have earned your continued loyalty as we continue with our mission to “Enhance the Lives of Those We Touch.”